ST. PAUL, Minnesota. July 25, 2022 – A federal appeals court has rejected claims by three teachers that Education Minnesota must pay refunds and damages for collecting “fair-share” fees for the 40 years before June 2018, when the U.S. Supreme Court ruled the practice was unconstitutional.

“The national, coordinated legal strategy to destroy unions of public sector workers for speaking up for their members and their communities has suffered another loss,” said Denise Specht, president of Education Minnesota. “Court after court have ruled that unions should not be penalized when they obeyed the law and provided a service to people who benefitted from it.”

“This case may go to the Supreme Court. If it does, our union is ready to stand with other unions of working people to make our case,” Specht said. “Today’s working people owe it to future generations to protect the freedom of all Americans to come together in union for the common good.”

In 2018, the U.S. Supreme Court overturned 40 years of precedent in the Janus case to rule the collection of fair-share fees is unconstitutional. These fees had been collected from public employees to pay for the cost of bargaining and enforcing employment contracts, not electoral politics, as directed by law at the time.

Shortly after the Janus ruling, several public employees, including teachers Linda Hoekman, Mary Dee Buros, and Paul Hanson, filed a lawsuit seeking refunds and damages for fair-share fees that employees paid in the past. They were represented, in part, by a Texas law firm connected to similar lawsuits around the country. Several of the original plaintiffs dropped out of the lawsuit.

Education Minnesota argued that it acted in good faith and that its collection of fair-share fees complied with previous rules of the U.S. Supreme Court and state law. Over a year ago, U.S. District Judge Susan Nelson dismissed all the claims against the unions. On Monday, a panel of the 8th Circuit Court of Appeals fully affirmed the decision of the district court. With this ruling, the courts have dismissed the last of the original group of lawsuits filed after the Janus decision.

In the most recent ruling, the circuit court wrote, in part, “… the employees did not present a submissible case that the unions collected fair-share fees in subjective bad faith in any event. Therefore, the district court correctly granted summary judgment for the unions on these claims.”

Education Minnesota said Wednesday it supports a safe and equitable return to in-person learning for the 2021-22 school year, which can best be accomplished by following the guidance of state and federal health officials for restricting the spread of the virus that causes COVID-19 in schools.

Education Minnesota repeated its call for educators and other adults in the school community to keep themselves and their students safe after the Minnesota Department of Health reported the first two COVID-19 deaths of school staff members in the current school year.

Education Minnesota reminded educators, students and parents to remain vigilant about the spread of COVID-19 after the Minnesota Department of Health reported Thursday that a seventh school staff member has died of the disease.

The 2022 Minnesota Teacher of the Year will be chosen from a field of 77 candidates. These candidates have accepted their nominations and completed the required materials to become eligible for the honor.

The state budget forecast released Friday predicts a $1.6 billion surplus in the next budget cycle, even as unemployment soars for low-wage workers and amid news reports that demand at food shelves in Minnesota has reached record levels. 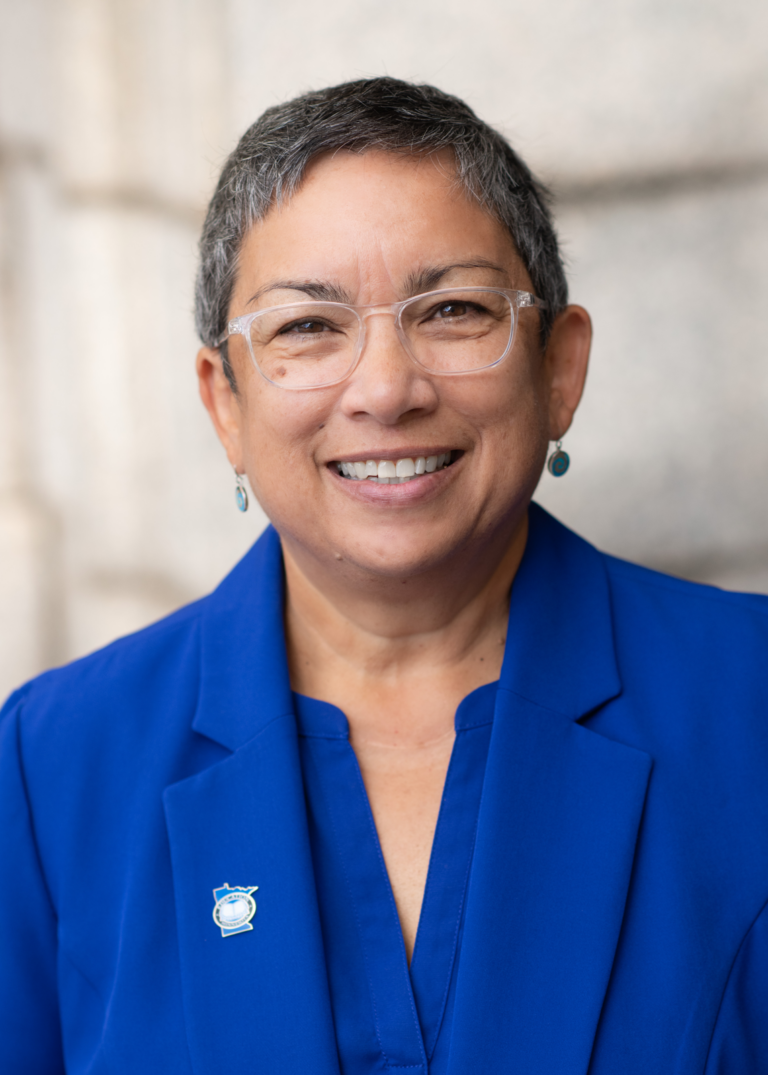 The vice president of Education Minnesota, Bernie Burnham, was unanimously elected president of the Minnesota AFL-CIO at a meeting of the labor federation’s general board on Tuesday. She will take office early next year.