Teamsters union members at the Marathon Petroleum Corp. in St. Paul Park have been locked out of their jobs since a 24-hour strike in January.

“We’re fighting for operator and maintenance jobs,” said Luke Fenton, a rotations equipment mechanic.  “We have a guaranteed number and they are trying to take that away. We want to keep working with what we had.”

Marathon wants to replace a large number of union jobs with lowest-bidder subcontractors, which would endanger the safety of the surrounding community and anyone working at the oil refinery, according to the Teamsters.

“On Jan. 21, we went on strike for 24 hours. When they tried to go back to work, Marathon had disconnected their badges and told them they were trespassing. At that point it became a lockout,” said Scott Kroona, business agent at Teamsters Local 120, in a story on the national Teamsters website.

“It’s not about money,” said Fenton.

And Marathon is not struggling for cash, he said.

“They look millions in federal money available because of COVID,” Fenton said. “Then they tried to cut our jobs, which is what that money was supposed to protect.”

The Teamsters continue to try and work with management on an agreement.

As of press time, talks had stalled.

“We’re being told be prepared to go through at least September,” said Fenton. “They know we’re not going to give. This is not our first time out.”

A way for other union members to stand in solidarity with them is to stop purchasing gas or other items at Speedway stores, which are owned by Marathon.

“Stay away from Speedways and spread the word,” Fenton said.

While the St. Francis School District’s mentorship program has gone through a few changes, the core focus has remained—creating a real connection with new employees and offering leadership opportunities to established educators.

There has never been a single definition of safety for Minnesota educators since the novel coronavirus shut down our school buildings last year. Instead, our union has acknowledged that each educator’s definition of a safe worksite would depend on the latest science and local conditions. 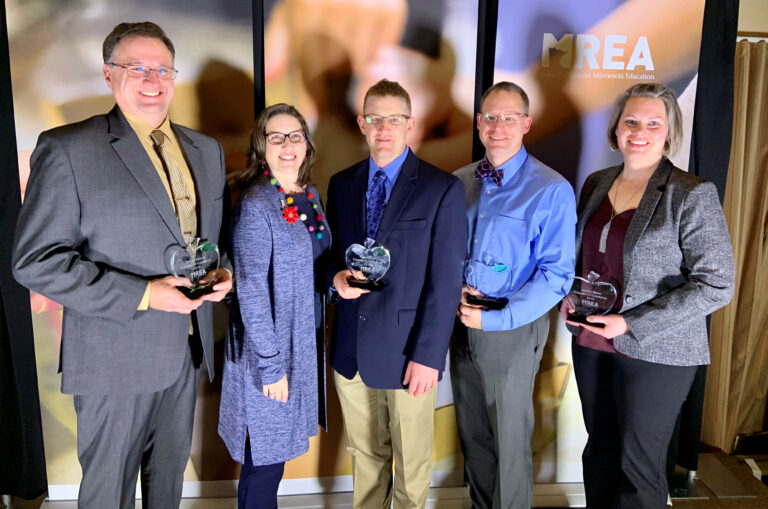 ESP Bill of Rights a key part of legislative agenda again Education Minnesota will once again be introducing an ESP Bill of Rights as legislation this session. The union hopes to push key parts of this package of proposals to have hearings and receive attention. Everyone who works in public education deserves the same things….

Educators advocated for what they need in a meeting with a legislator, who then went a wrote a bill. While it didn’t pass, they are not giving up.

Education Minnesota surveyed its members via email July 16-20 about their feelings and thoughts about the best way to resume public education during the COVID-19 crisis. More than 20,500 members responded.