Delegates to the 2022 Education Minnesota Representative Convention discussed and passed items aimed at making our union more inclusive and supportive of members.

At the April convention, the 491 delegates passed all three of the proposed bylaw amendments, and all nine action items are moving forward.

The constitution and bylaw amendments passed mean Education Minnesota will:

Decrease the dues formula to better reflect the cost of running our continuous retired membership program.

Reduce the dues cap to $9 per year.

Add a dues level for active ESP members whose total annual salary is less than 10 percent of the prior year two-year average starting teacher salary and give the governing board the authority to set the dues amount for this level.

Many of the nine action items centered on the equity work of the union, as well as making sure educators have the support they need to retire when they want.

Gather curricular resources from existing Indian education partners on the historical and intergenerational traumatic impact of Indian Boarding Schools, particularly those in Minnesota, and use its communication tools to highlight and disseminate the resources to our members, and Education Minnesota will advocate for the passage of federal legislation to establish the Truth and Healing Commission on Indian Boarding Schools and similar initiatives through the National Education Association, the American Federation of Teachers, and the United States Congress.

Advocate at the Legislature and the TRA board for increases in employer and state contributions to the Teachers Retirement Association sufficient to cover the cost of making the Rule of 90 available to all plan participants.

Work with education stakeholder groups to advocate for stability of the pension funds and increased investments from the state of Minnesota and school districts for the benefit of all Minnesota educator pension plans, and work on issues relating to access to health care upon retirement.

Boldly move forward on its work for racial justice with governance leaders and our Ethnic Minority Affairs Committee (EMAC), reaffirming and amending our vision for racial justice, creating a concrete action plan that includes both staff and member work, and by holding one another accountable to acting on our plans.

Establish an EMAC Retired Committee. This committee will work with and mentor Education Minnesota members of color as experienced, cultural support for the purposes of retention and leadership development.

Study the possibility of providing a statewide equity audit with member locals to report on progress around NEA 3-1G, AFT and state union anti-racism goals.

Direct the Education Minnesota Dues Review Committee, at its next convening within the next year, to comprehensively study the current dues structure. This study must include, but is not limited to, making sure the dues being assessed to members is reasonable and fair based on length of membership and the size of the local. Specifically, the committee will research the reduction of dues for all locals, especially smaller locals, not to increase dues of some locals to balance a reduction of dues in other locals. Additionally, the committee will research a graduated/tiered dues structure for new members. The governing board and/or the committee will propose changes to the dues structure at the 2023 Representative Convention in an action item or bylaws amendment based on conclusions drawn by this committee through this study.

President Denise Specht and Secretary-Treasurer Rodney Rowe were reelected to their positions. Monica Byron, an elementary teacher from Richfield, was elected vice president in the open race.

Byron is vice president of Education Richfield and in her 24th year of teaching as an elementary math coach. She has long been involved in the union at the local, state and national levels. Byron is a founding member of Education Minnesota’s Ethnic Minority Affairs Committee, a member of the Governing Board and has participated in numerous national conferences and conventions. Byron is the first Black person to serve on Education Minnesota’s officer team.

“The pandemic has illuminated many unsustainable situations such as unfilled staffing positions, unsafe schools, educator of color shortages and the racial and social justice inequities that lie within our public education system,” Byron said. “As Education Minnesota’s vice president, I will continue working to strengthen our labor union, help transform the public mindset of education and work to retain and engage all members, especially the voices of our BIPOC members.”

A full introduction to the new officer team will be in the August/September Minnesota Educator.

During the Unity Summit public meeting on Feb. 1, Education Minnesota members shared why they are going to be a part of our campaign. 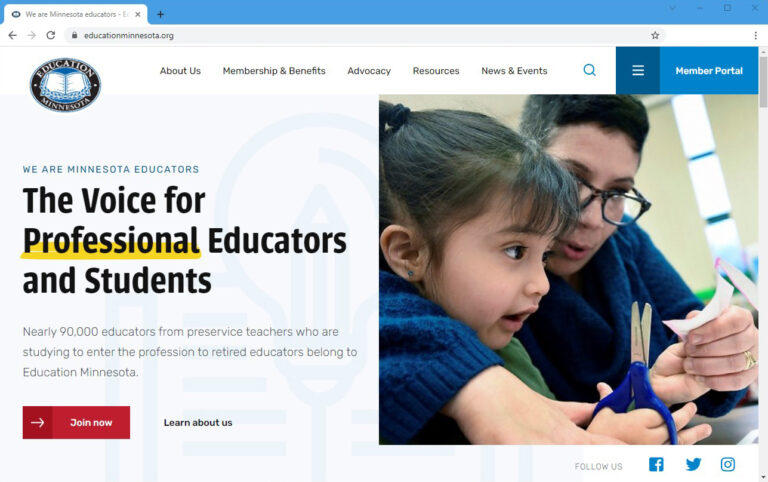 Education Minnesota is proud to announce our new and improved website at www.educationminnesota.org, which launched in early November.

In 2015, N.H. was a freshman at Coon Rapids High School and on the school’s swim team. His normal start to a school year was not a foregone conclusion, though; N.H. is transgender and his mother had worked with the school district to make sure that her son would be safe at school. And he… 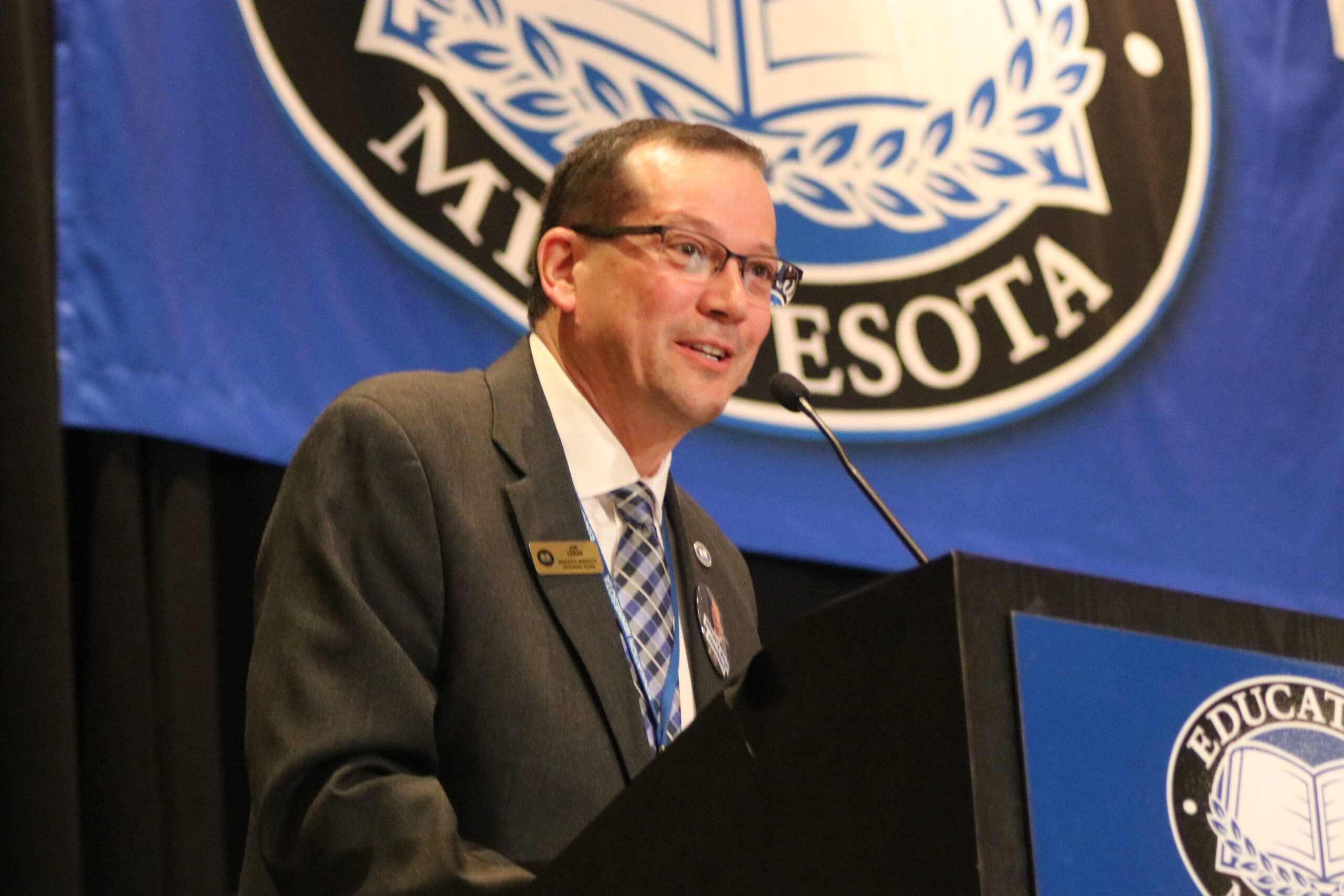 At the Unity Summit earlier this year, Education Minnesota kicked off a campaign for fully funding education through electing pro-public education candidates in 2020 and advocating for the resources our students’ need. 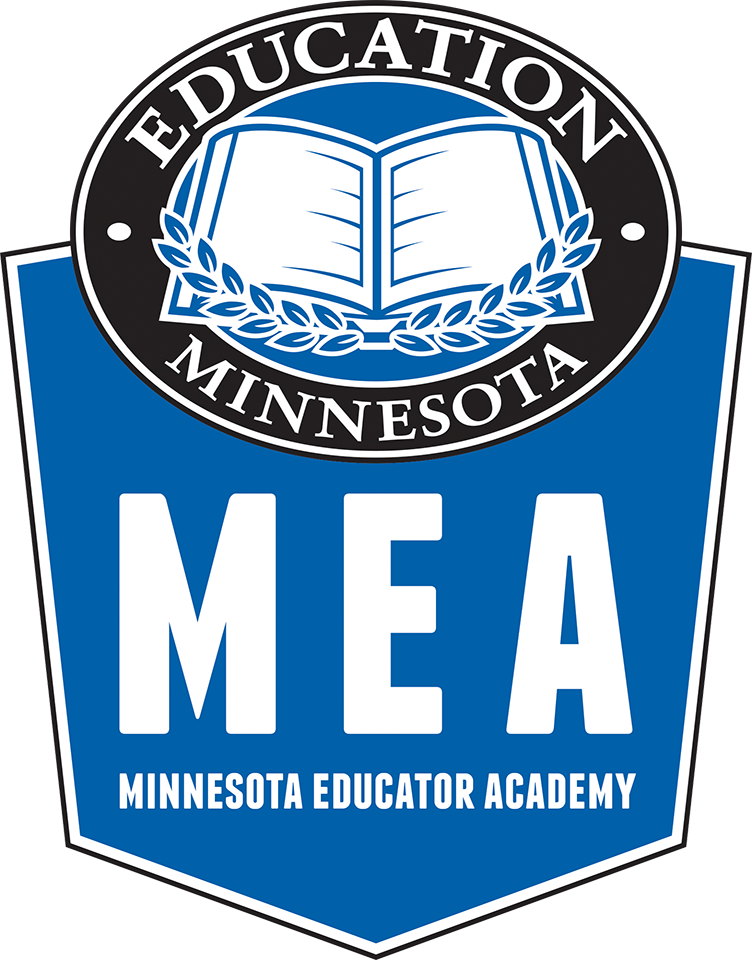 The 2020 Minnesota Educator Academy (MEA) conference will be held virtually this October due to the COVID-19 pandemic.