The Education Minnesota Governing Board appointed Ryan Fiereck interim vice president. Fiereck will serve until July 1, when the statewide officer team elected at this April’s Representative Convention will start their term.

Ryan Fiereck is a business and technology teacher in St. Francis, where he has worked for almost all of his 17-year career. He currently sits on the Education Minnesota Governing Board and is Education Minnesota-St. Francis local president, where he represents licensed, nutrition, preschool, transportation and office staff, as well as education assistants.

“I am excited about the opportunity to support our locals and our members,” said Fiereck. “I hope my perspectives, especially from the last two years, as a K-12 teacher, working parent and local union leader can help elevate the conversations we need to be having about education right now.”

Fiereck lives in Bethel with his wife, who works as an education assistant in St. Francis, and his three young children.

“We have shared in the struggles that everyone has had the last two years,” he said. “We will continue to work on the best solutions possible through learning through each other’s stories.”

Fiereck said that as president of a local with members in six different job categories, he has had conversations with every educator about issues in their work.

“We’re seeing real-life sub shortages in every group we have in St. Francis,” he said. “We have the vacancies, and concerns about not being able to recruit.”

Fiereck wants to use his new statewide leadership position to highlight those issues and make sure every educator feels valued and supported in their work.

“Each workplace is different,” he said. “Our bus drivers might not look at their buses as classrooms, but they are. The office professionals are the first people students and families interact with, and that’s important. I want to bring forward what I’ve heard and what I know to help elevate the professions.”

Coming from a wall-to-wall local also means Fiereck is bringing in robust experience to help locals with contract negotiations support. A large piece of the Education Minnesota Vice President’s role is to coordinate the Organizing for Settlement Grants, which allows locals to receive state union dollars to help support their local bargaining and organizing work.

“I really want to support that local need during my interim position,” he said. “I want to do what I can to help locals now, for those like mine that are still negotiating, and also get them set up for the next round.”

St. Francis’ experience as a district that is “too big to be small, and too small to be big” is also something Fiereck wants to bring to his work with locals across the state.

“We have districts that have so many different needs,” he said. “We need to talk about all the different types. The commonalities between us, and we have a lot of differences. We have districts that are doing well and those that aren’t. In St. Francis we get held to the level of the bigger districts around us like Anoka-Hennepin and Elk River, but we share a lot of the struggles of rural Minnesota with no commercial tax base.”

Fiereck’s activism with Education Minnesota came as he started attending state union activities and found them to be a great place to learn and network.

“I realized that we’re not alone in this,” he said. “There is power in whatever room you are sitting in that can help solve problems.”

As Fiereck started attending those meetings, he noticed something about the rooms he was in.

“I started going to the Representative Conventions when I was 30, and I wasn’t seeing any leaders my age,” he said. “I know it’s the same sentiment our members of color have.”

Fiereck also starting hearing from other younger members who were having a hard time getting through their local union structures to be active, so he went to Education Minnesota leadership and helped create the NextGen EdMN program.

“We tried to teach people to bring new people into the union and bring creative ideas in,” he said. “I still think there’s a value in that. We had a lot of fun and we were able to do things differently. We created a little bit of a community. Many people who went through our group have taken on leadership roles in their schools and unions.”

The program doesn’t exist in its previous form anymore, but Fiereck knows that member engagement, especially younger members is something we need to keep working at as a state union.

“Most people can’t get engaged with the union work, for free, as a young parent,” he said. “We always have to look for ways to get creative and work with them. If you lean into the union work, the union work will respond. Who’s willing to do the work?”

Fiereck knows he will have a limited time in the role, but is excited about the opportunity.

“I will do the work for the short time and head back to my district and the classroom,” he said. “We don’t have any time to waste. I’m excited to do the work on members’ behalf. I look forward to the collaboration. Let’s get moving and work together.”

Bernie Burnham never thought she would be elected president of the Minnesota AFL-CIO, the state federation of labor representing over 300,000 members of over 1,000 local unions, but she said everything in her life has led her to this moment.

“Most educators don’t associate themselves with labor,” she said. “We don’t see ourselves as a part of the greater labor movement.”

Burnham didn’t either, until she started getting involved with the Duluth Central Labor Body as president of the Duluth Federation of Teachers. She immediately saw the connection and support that kind of organization can provide.

“We can help them and they helped us. They helped us pass referendums and turn over our school board,” she said.

After being elected vice president of Education Minnesota, the first person of color to hold a statewide officer position, Burnham started getting involved in the AFL-CIO state organization.

“I started as co-chair of the racial justice committee and then became a general board member,” she said. “It didn’t take me long to see that this was a place for my passions of education, labor and equity.”

So when the then-AFL-CIO president announced his retirement, Burnham put her name in and received support from unions across the state.

“Labor impacts everyone, not just our unions. It’s about making life better,” she said. “We’ve got to have good schools and people have to have good jobs to make our communities strong. We need to bargain and be able to speak up in our workplaces. I can be part of the process to move forward.”

Burnham remembers well the feeling she had after Act 10 passed in Wisconsin, stripping unions of their collective bargaining rights. And she knows how easily that could happen in Minnesota.

“We are just an election away from not having the support we need for labor, which in turn is what is best for families, students and communities,” she said. “So many educators don’t understand that connection and how important it is. We were tired before all this hit and now it’s 100 times worse. But we have to raise our voices. No one is going to speak up for us. We have to do it.”

That message is what Burnham hopes to lead with as she begins her term as AFL-CIO president. She also looks forward to learn more herself about the broader labor movement.

“I’m an educator and a lifelong learner,” she said. “I want to listen and learn about how to do the job right. It’s about building relationships. And it’s not just one group, but many groups. In spite of the fact that there will be disagreements, there still is the commonalities. Our members are all different, but they are still dealing with the same things.”

Burnham thanks the membership of Education Minnesota for the opportunities to lead within her union.

“I wouldn’t be who I am today if I wasn’t an educator and worked with educators,” she said. “Everything has given me strength along the way and the belief that we can do better.” 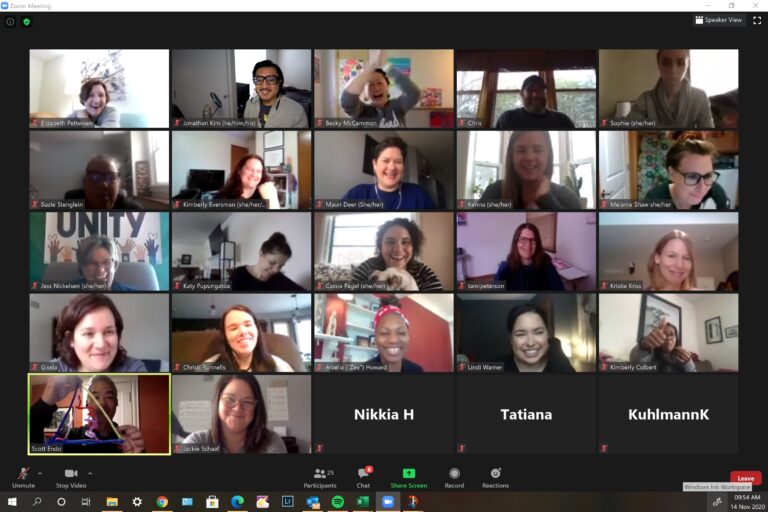 Education Minnesota’s Racial Equity Advocate program is now in its fourth year of training members to serve as co-conspirators and help develop an anti-racism growth mindset in local unions and school districts. The fourth REA cohort started in November with 22 members, who will meet another three times during the school year centering around specific… 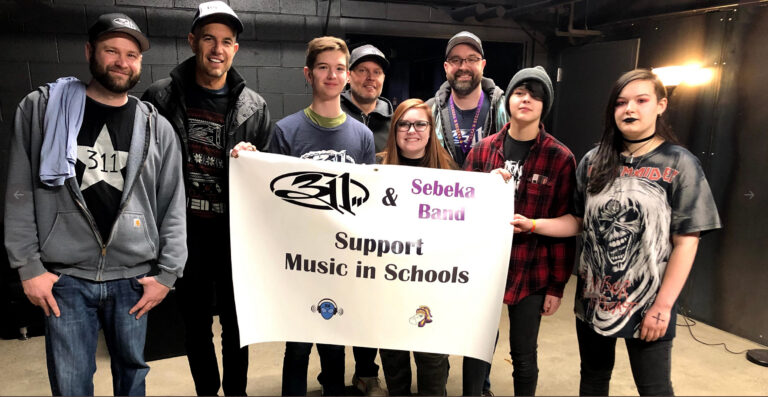